After finishing “Some Tank Game” and posting about it I wanted to see how, if possible, I could port this to the web without replacing Bevy.

To get started, I spun up a fresh Bevy project to see if I could get rendering, kira audio, window management and Bevy UI to work in the browser.

It turns out I actually could! 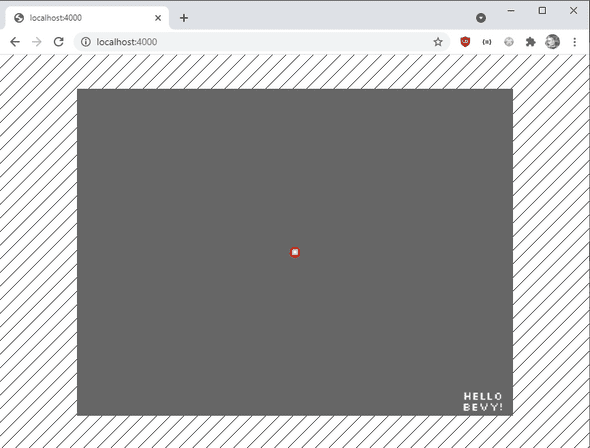 Source can be found here.

Firstly, not all of the features of Bevy is compatibile with the web, hence first step is to disable the default plugins when targeting web assembly.

This can be done through the Cargo.toml:

Secondly, Bevys default rendering backend does not support the Web, hence we need a ‘web specific’ plugin. Luckiliy, I found bevy_webgl2 which provides a webgl2 backend for bevy.

This dependency will pull in bevy_winit and thus allow for Window creation using a Canvas element, bevy_render for rendering and Bevy png support for png loading and displaying.

Thirdly, wasm-bindgen is used to generate the bindings for JavaScript and wasm-pack is used to compile a bundle targeting web using:

My index.html simply loads the module as such:

One issue that a struggle with were the fact that my Canvas was fixed sized and unable to resize with the Window. I inserted some JavaScript to force the Canvas to a certain size, but this had no effect of the internals of Bevy - hence my stuff was not rendered properly.

winit apparently does not support this out of the box, so I implemented a web_canvas_resizer system that polls the dimensions of the window and ensures that the Bevy renderer has the correct size.

Lastly, I added a dependency to bevy_kira_audio and saw that kira more or less works out of the box in the browser. Only issue I had were the fact that Chrome will not play sound unless the Window has had some kind of interaction. I found this JavaScript snippet that works around the issue by tracking AudioContexts and ensuring they play when allowed to.

That’s is! Bevy is now running in the browser!

Next step for me is to merge these changes into some-tank-game-rs and see if I can get my game to run in the browser.